.NET development services are the way forward for enterprise 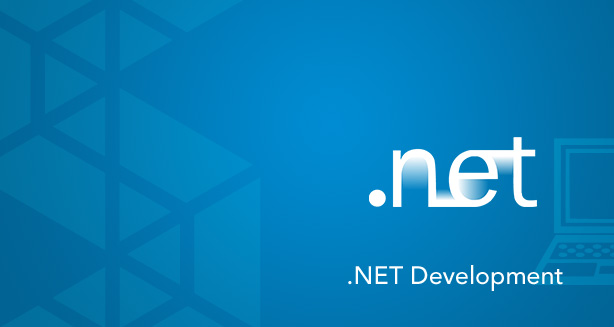 The .NET platform is a tried and tested platform which is backed by Microsoft as their solution to web and enterprise requirements. It is an extremely efficient technology for building and running desktop applications and internet services. Hiring an ASP.Net development company has proven extremely effective for both start-ups and large enterprises for simple development and deployment as well as extensive support for several programs.

The .NET framework consists of a class library which can be used to develop apps. This technology helps Microsoft in defining the next phase in business globally. Microsoft has a clear vision for the future of enterprise technology, more so than most other technology vendors around. It also helps that Microsoft wields considerable influence in these matters and simply adopting technology on to their own platforms gives it an extremely large user base.
Technologies such as ASP.Net, Windows Presentation Foundation, Windows Communication Foundation, and ADO.Net also come under the purview of .NET, giving developers a wide range of tools to get familiar with, enhancing their capabilities greatly.

.NET developers also have several benefits, as even if they are embedded within an organization, they have the power to revolutionize their companies’ enterprise infrastructure with modern .NET technologies.

A company could also hire .NET developers in India to create applications such as warehousing or inventory apps that interface with mobile phones, XML web services, incorporating existing systems with online partners, Customer Relationship Management (CRM) Systems and much more. .NET is comprised of several libraries of classes that can be reused in other projects. .NET also features a dedicated development environment which allows developers to create apps graphically.

To ensure the success of the .NET platform, Microsoft and some other vendors provide many sample books, reusable code, articles, and resources to assist developers in creating high-quality .NET code.

Class libraries, which are readily available to developers can extend their functionality to other languages, which result in a consistent object model and programming structure, irrespective of what language a developer is coding with.

In conclusion, it is clear that the .NET platform is not going away any time soon, and with Microsoft’s assistance, it has reinvented itself several times to adapt to changing technology trends. It is evident that the .NET platform is going to play a big role in determining the future of enterprise technology. .NET technology is a key platform for many enterprises to develop strategic apps with and developers using .NET can take full advantage of the framework while developing solutions with it. This leads to a robust user experience.