Home » Make A Smart Choice: Opt For The Best Motherboard Available In The Market 2019
Technology

Make A Smart Choice: Opt For The Best Motherboard Available In The Market 2019 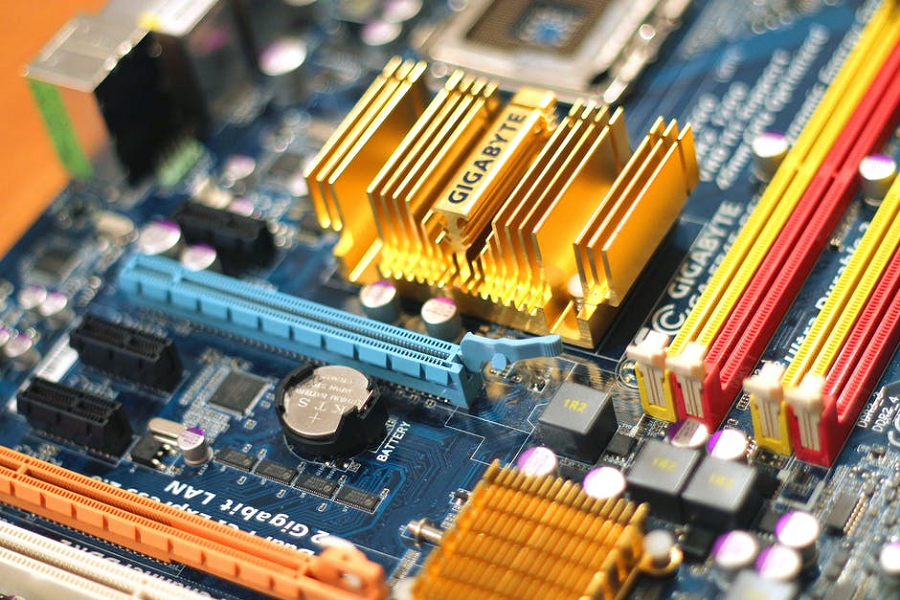 The motherboard is the most important component that needs to be taken into consideration. It is the main and the most important circuit intersection for any computer system. The quality of the motherboard that you have chosen for your PC can largely affect the functioning of your computer. For hardcore gamers, who want a PC which is high end, the choice of the right kind of motherboard can bring about a huge difference. Even the slightest and the most negligible details can affect the overall performance of the computer system. For instance, some of the motherboards can support only one GFX card at PCIe x16 and at the same time run a number of GPUs at x8. This may tend to bottleneck the GPUs.

Some Of The Best Motherboards Accessible In The Market

This list states 5 of the best motherboards available in the market which will help you to explore a whole new dimension of gaming. Equipped with visually appealing LED lights and gaming sounds, these motherboards are sure to help you enjoy a rich gaming experience. This motherboard board has a number of notable features. It can support both the 9th as well as the 8th Gen of Intel Core Processors. It has a number of options for graphics output like D-Sub, HDMI as well as DVI-D. This motherboard has a voltage regulator that is 10-phase. It can support DDR4 2666. It has a single USB 2.0 key E devices port which can support WiFi. Apart from that, it has 2 PCIe 3.0 x16 and 2 PCIe 3.0 x1. The USB slots are also varied. It has 2 USB 3.1 Gen2 slots, one of which is Type-A, and the other is Type-C. It also has 6 USB 3.1 Gen1 slots, two of which are at the rear and four at the front. The motherboard also has provision for 7.1 CH HD Audio and ELNA audio caps. It incorporates the use of Intel H370M chipset.

It’s time you outshine the cutthroat competition with an aesthetic which will be in perfect coordination with your well-tuned computer system. There is a built-in RGB which has showy presets. These visuals can be controlled manually. With the help of this motherboard, you can max out the different aspects of your computer system. This motherboard is very dynamic and offers 5-Way optimization. It helps to provide efficient cooling and overclocking facilities. The chipset and the processors of this motherboard help to offer a high UDP and TCP throughout, thereby, ensuring an extremely smooth gaming experience.

This Motherboard has an Intel Z270 chipset. It also incorporates the use of the 7th Gen Intel Core processor. With immense power and mind-blowing performance, get set to witness the most amazing gaming experience ever. The Intel Z270 chipset imparts such endurance and power to the motherboard and enables easy gaming as well as content creation. This equipment has an M.2 heatsink which features efficient cooling. This cooling technology protects the chipset area and the M.2 connector area from any kind of thermal problem, thereby, increasing the longevity of the motherboard. The 10GbE LAN offers to deliver 10 times faster and low consumption of power. With the wide range of LED options, you can choose to enjoy some lighting show coupled with music for a fun experience. This motherboard is designed to work in a compatible manner with 7th Gen Intel Core processors. This helps to maximize the connectivity. The Dual M.2 and the front panel USB 3.1 helps to maximize the speed. The FanXpert and Auto-Tuning offer a facility of 5-way optimization. Asus exclusive offers a personalization which is unmatched in the market. The motherboard has provision for a cooling system which is very dynamic and also maximum OC performance. There is an injection molding process featured by two SafeSlots which help to integrate the framing of the metal for a strong and robust PCIe slot. This slot can hold any heavyweight GPU firmly.

These motherboards have been made to go through a horde of benchmarks which help to measure everything ranging from the overclocking as well as the gaming capabilities of the motherboard. After a great deal of examination and assessment, the best motherboards in the market have been separated from the comparatively inefficient and underperforming ones. These motherboards have, for long, been delivering thrilling performance and exemplary design and experience to the hardcore PC games from all across the globe.